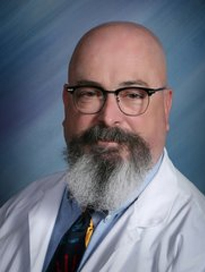 ATLANTIC- Cass County Health System (CCHS) is thrilled to announce that M.A. Johnson, MD, has been selected as an Iowa Hospital Association (IHA) 2019 Hospital Hero. He will be recognized on October 9, 2019 during the IHA annual meeting in Des Moines.

“It is a great honor to receive the IHA Hospital Hero Award, but this is not a singular award. It is an award that requires the assistance from the entire team that I have worked with at Cass County Health System for these past 32 years,” said Dr. Johnson.

“Dr. Johnson truly exemplifies what it means to be a hospital hero. It was never about a single moment in his career where he sprinted in to save the day, although we’re sure there have been many of those. For him, it’s been a steadfast career of service to the patients, families, and neighbors in his community. His quiet style of servant leadership is admired by his staff, and his patients praise him for the superior experience he delivers,” said Brett Altman, CCHS CEO.

The Iowa Hospital Heroes award is presented to those who have performed a heroic deed or tirelessly given of their time, talent, and expertise to improve their organization and the world around them. These leaders exemplify honesty, integrity, humility, courage and commitment. Dr. Johnson is one of only 10 people from across the state chosen as a hospital hero this year.