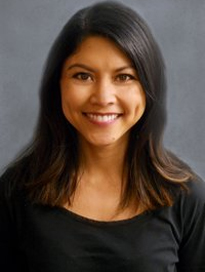 Atlantic, IA — Ann Wieseler joined the Cass County Health System Emergency Department in 2017.  Ann graduated from Creighton University in 2012, earning her Master of Science in Nursing, Acute Care Nurse Practitioner degree with a concentration on cardiology.  Following graduation, she worked at Bryan Health System in Lincoln, Nebraska, in the Trauma and Acute Care Surgery Departments for five years.  During this time she continued her education, earning her Family Nurse Practitioner Post-Master’s Certificate in May 2017 from the University of Nebraska Medical Center.  Ann received her Bachelor of Science in Nursing with Honors from Nebraska Methodist College, and she also has a Bachelor of Science in Biological Systems Engineering degree from the University of Nebraska.  Ann is a member of the International Association of Forensic Nurses and is a certified sexual assault nurse examiner.  She is the recipient of multiple awards, including the Methodist Health System Nurse Excellence Award for 2016.

If you think you may need to be tested for COVID-19 because you meet the current guidelines for testing, call us at 712-243-2850 BEFORE you come to any CCHS facility.
Please note that our hours have changed in several areas including Atlantic Medical Center. Thank you for your patience and understanding!
close
Toogle Down